GIVE A FAMILY SURVIVAL KIT TODAY!

When Logan Kavaluskis got a surprise puppy for his birthday, the 13-year-old couldn’t hold back the tears. But not just because he’d always wanted a puppy. It’s also because the thoughtful gift came from his dad, Joe Kavaluskis, who’d passed away just 5 days prior. What an emotional moment for this young man!

Logan has always wanted a dog. As a little boy, he got a Boston Terrier stuffed animal he named “Puppers” and that was hit. From then on, he longed to have a real Boston Terrier of his own.

The problem was, his dad, Joe Kavaluskis, was severely allergic to dogs.

Surprise Puppy For Birthday Has Boy In Tears

Through the years, Logan had all kinds of other pets — from lizards to hamsters to hermit crabs. But deep down, he still longed for a dog.

Logan’s dad, Joe, was a huge fan of surprises. And once he learned his 9-year battle with a rare form of blood cancer was coming to an end, the family man decided to plan one last surprise. 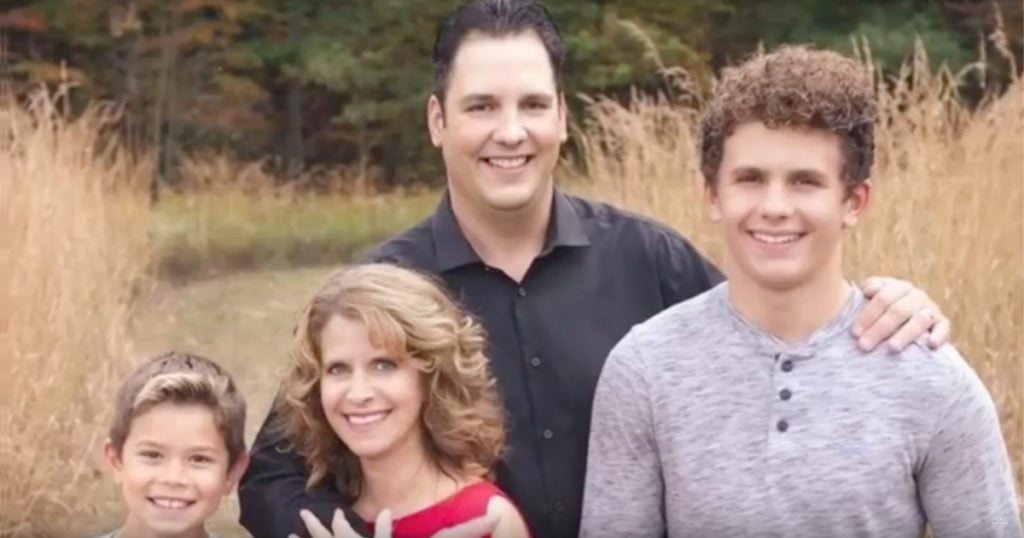 As part of his dying wish, Joe asked his wife Melanie to make sure to get Logan a surprise puppy for his birthday after he died.

“I know that will bring him a lot of comfort,” Joe told Melanie.

“His golden birthday,” Melanie explained. “Thirteen on the thirteenth.”

And so, the grieving family honored Joe’s final grand gesture by taking Logan to meet his surprise puppy on his birthday.

Logan Kavaluskis had no idea what was going on the day his family took him to meet his new Boston Terrier named Indy. He thought they were picking up a dog for his cousin.

But on the ride home, his late father’s special surprise came together from beyond the grave!

As Logan held Indy in his arms, his cousin explained this was a surprise puppy for his birthday. And best of all, his late father was behind it all.

At first, 13-year-old Logan Kavaluskis is completely stunned. But then, as the truth sinks in, he’s completely overwhelmed with emotion.

The beautiful moment is beautiful to watch. And the family feels that this is probably Joe’s best surprise ever.

“He got it right. This was amazing. This gift is just perfect. Perfect timing,” Melanie said.

Little Indy has been a comfort for the whole Kavaluskis family. What a beautiful reminder of Joe’s love for each one of them!

God works in mysterious ways. And there’s no doubt this surprise puppy is a special blessing from Him!